Uganda is a country in East Africa that lies between latitude 4012’N and 1029’S and longitude 29034’W and 3500’E. The current population of Uganda is estimated to be 38.8 million people. The highest mortality rates in Uganda are the infant and maternal mortality rates. This is usually caused by underlying malnutrition factors and poor access to health services and facilities. Agriculture is the backbone of the livelihood of most Ugandans

Mortality rate refers to the rate at which the population dies

Adult mortality is slightly higher among men than women which is usually 380 and 307 deaths per 1000 population respectively. For both sexes, the mortality rate per 1000 lives is 344

The high maternal mortality rates are caused by 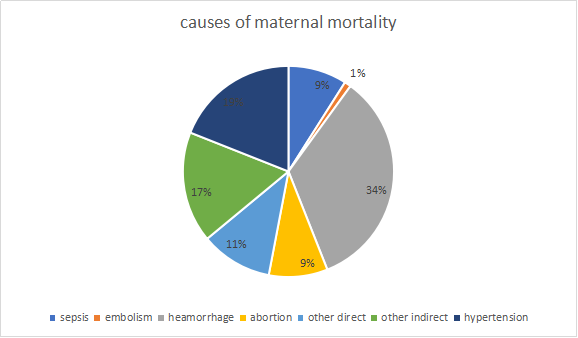 62% of women deliver outside health facilities while only 38% of them deliver in the healthy facility. 79% of women in the urban setting deliver in hospitals. 75% of educated women are likely to give birth in hospitals while 25% illiterate women.

In Uganda, currently, the child mortality rate is at 81 out of 1000 infants born.

Infant mortality rate in Uganda is a good indicator of overall health and basis of life expectancy at birth and also a major indicator of the socio-economic status of the population.

The burden of diseases in Uganda is as follows:

The prevalence of under-five of the most common diseases is as follows:

The percentage of children aged 6-59months with anemia is 50%

The percentage of children under five years with diarrhea was 26%

The percentage of children under five years with fever was 41%

The percentage of babies with low birthweight of reported births 10%

The percentage of children under five stunted was 33%

The percentage of children under-five wasted was 50%

The percentage of children under-five underweight was 14%

The percentage of children under-five overweight was 3%

In adults, the incidence of the most common diseases was as follows: 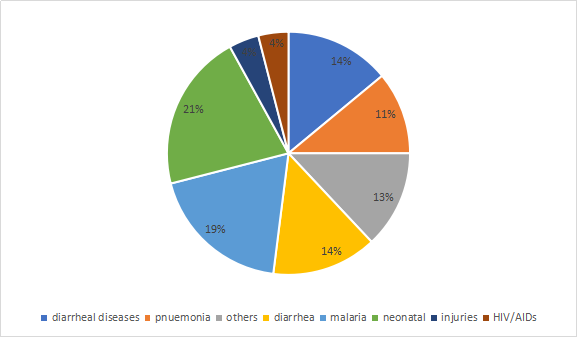 Causes of morbidity and mortality.

Among the most prevalent causes include the following:

• Malaria among the leading diseases

• High levels of illiteracy among the population

• Low investment in the health sector

• Action against hunger. This is an international organization that carries out programs aimed at bettering the livelihood of the population in Uganda

• Save the children. Works to ensure children’s rights are adhered to.

• Caritas Australia in Uganda. Works to improve the livelihood of the people of Uganda.

• USAID. We work to improve the livelihood of the people of Uganda through various programs

• Action aid international. This is a global movement that works with people to enhance human rights and defeat poverty for all

Comparison between USA and Uganda

• The leading cause of morbidity in the USA is heart disease, cancer, and stroke while in Uganda it is HIV/AIDS, malaria and pneumonia

People also read
Need an original essay on Free Essay: Global Health Research on Uganda Health Issues?
Our professionals
can write it for you!
Order now
24/7 online support
NO plagiarism